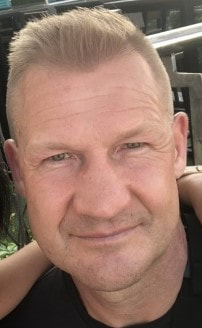 Gerhardt, ​is a retired member of the Canadian Armed Forces.

Prior to leaving academia to pursue a career in the military, Gerhardt was working on a PhD in philosophy. He completed the course work for a doctorate in both philosophy and sociology. He holds a Bachelor’s degree in Arts and a Master’s degree in Philosophy.

In addition to several deployments to Afghanistan in military policing and counter-intelligence roles, Gerhardt spent years as a senior strategic intelligence analyst. In that capacity, he was sent to Washington D.C, London England, Mexico City and other locals. Gerhardt also served as a desk head at Canada’s Integrated Terrorism Centre

While in the military he received extensive training on writing strategic intelligence reports. He’s served in a number of positions that have triggered his current ambitions to be a non-fiction writer.

This is Gerhardt’s first published work.