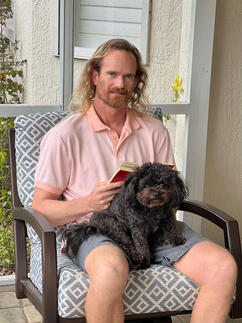 Matt Bender is a 36-year-old former 9th and then 11th Grade English teacher, and a pro-level big wave surfer.

His writings have been published in Lineup, Surfer, Eastern Surf, and FreeSurf magazines. He holds a BBA in General Business and a Minor in Spanish from Stetson University.

Matt is also a painter and musician. While having entered art shows and won awards, he performed live in restaurants and bars in Hawaii, Florida, and California.

He currently lives in Orlando, Fl. where he’s writing and illustrating his first children’s book called Kingston's Reggae Rift and makes plans for an adventurous story about surfing in Central America.